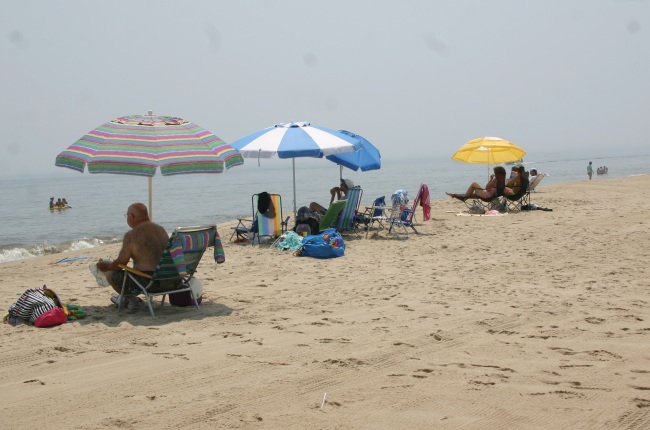 Rehoboth Beach often bills itself as “The Nation’s Summer Capital” due to the fact it is a frequent summer vacation destination for Washington, D.C. residents as well as Maryland, Virginia, Pennsylvania, and New Jersey. Vacationers are drawn for many reason, including the town’s charm, artistic appeal and nightlife. Rehoboth Beach and Dewey Beach are famous for their beaches, wooden boardwalks, eclectic shops, amusements, and sporting activities. Dogfish Head Brewery’s original brewpub is located on the town’s main strip, Rehoboth Avenue. The locations have grown in the past few years as a popular destination for American Craft Beer enthusiasts.

According to the United States Census Bureau, the city has a total of 1.6 square miles of which 1.2 square miles are land and the remainder are lakes. Rehoboth Beach is bordered by the Atlantic Ocean on the east, Henlopen Acres to the north, and to the west and south by unincorporated sections of Sussex County. Farther north is Cape Henlopen State Park, and Dewey Beach is to the south.

What a perfect house and location! This beautiful 4-bedroom pristine home has it all: large primary bedroom with private bath and soaking tub, hardwood floors throughout, gourmet kitchen with Silestone countertops, stainless appliances, under cabinet

Don't miss your chance to own this great rancher less than 5 minutes from Rehoboth Beach and boardwalk. Recent upgrades include coffee bar area, fresh paint, granite countertops, on demand water heater, new roof and more. The shed has A/C and is fi

Lovely 5bdrm/3bath home with 2 car garage in the well-established community of Breezewood with low HOA fees and is just 3 miles to downtown Rehoboth. This home boasts a small porch in the front and 2 large decks in the back along with a large front

Looking for the affordable getaway or beach home? This is your answer. 2 miles to the beach and downtown Rehoboth Beach. Bike trails close by and plenty of shopping resources within walking distance. This sweet home had a Kitchen remodel in 2016 wi

Summer is right around the corner are you Ready To Go? This 3BR 2BA home is available in the ever popular Camelot community. large elevated screened in porch, carport, open floor plan which allows for the ability for large gathering and on one of the

In a wonderful established 55+ community of Cedar Valley in Rehoboth Beach, DE, this spacious 4 bedroom 3.5 bathroom home is conveniently located by all that Rehoboth has to offer – beach, shopping, dining and more, and sits on a great lot with matur

Adorable “beach cottage” is located on a corner lot with pretty landscaping all around the home. This 1971 Skyline is 12’x60’ with an 11’x19’ 4-season sunroom, giving you around 1,000 sq. ft. of living space. Nicely remodeled interior includes luxur

Three bedroom, two bath home in the Rehoboth Beach community of Pine Valley. Just minutes to pristine Delaware beaches and all that coastal life has to offer. A wonderful opportunity to own a home this close to the action with no land rent! This ho

Don't want to wait a year for a new home to be built? This JUST 1 YEAR OLD home is in need of a new owner! This fully bumped out Lilac model offers tons of space and numerous upscale finishes. It offers hand-scaped wide plank hardwood floors, quar

Location, Location, Location!! The Landings is one f the most sought neighborhoods in the Rehoboth zip code. Boasting close to an acre of land & 4 bedrooms makes this property a very rare commodity. Act fast before its gone!!!

Welcome to 34381 Bronze Street – where tropical colors abound. This 3 bedroom, 2.5 bath Rehoboth Beach villa with a one car garage features an open living/dining and kitchen with plenty of counter space for entertaining, hardwood floors throughout fi

Spacious contemporary, 2 story home located in Rehoboth's Arnell Creek. Enjoy a generous 5 bedroom floorplan plus sunroom and deck to enjoy this oversized half acre lot. Front entry leads to a formal dining room and den and continues through to an up

"Don is an absolute pleasure to work with. He has all the patience in the world and will help you every step of the way to help you find the home that is right for you. Don works tirelessly to make sure you’re always happy. If you’re in the market look for Don to help you!"